Varanasi turned out to be really cool and not as scary as I imagined. All the way along the river there’s so much life and constantly people doing their daily routine; yoga, laundry, business, just chillin’ – it all happens at the ghats.

After just a couple of hours there, my thighs were burning from all the stairs. Naturally my hotel were at the top on another one of these very long stairs and to make it even better, my room was on the 4th floor. It’s okay though, with all the food I’m eating, a little exercise is needed.

On that first day, after I moved to the other hotel I found a really cool cafe overlooking the river and with delicious food. Turns out the place is in the Lonely Planet book and so I was far from the only person who found the place. Nevertheless, the food was great and instantly I developed the habit of having both a salad and a another dish and then of course chai. As a result I was so stuffed that I wished I had eaten less – but honestly, it only took one look at the menu to realize that no way was I going to taste all those yummy dishes unless I made sure to have two every time. I would be a very dedicated food critic, someone should hire me. I was joined first by Peter, a Swedish musician and then by

Michael, the Austrian guy who moved hotel same time as myself. I was actually pretty content being by myself but it was nice to chat for a while and then I just excused myself and went on adventure through the maze.

The maze is awesome! Some places the alleys are so narrow that you can touch both sides at the same time – not too narrow for honking scooters of course – and full of people and dogs and cows and little shops where you can buy everything from Indian sweets to used books to colorful clothes to instruments of all kinds. I ended up standing at this spicebooth for a good while, tasting and smelling and going “Ooooh!” The old man was explaining the ingredients and purpose and made sure I got a little taste of everything. I ended up buying a small can of masala spice, the real amazing kind. The other can I bought was also a powder mix of ginger and cinnamon and a lot of other stuff that I have forgotten already. You just eat a pinch and it’s an explosion of taste! It’s for after a meal and is supposed to help the body – whatever it’s for, it’s one of the most intense tasting experiences and if it wasn’t because I was still relatively early in my trip, I would have bought a lot more.

That day walking around Varanasi I adopted the city and made it mine, at least for a while. And every step in that place is a new adventure, new food and new people – most of them trying to sell you something. I ended the day on the rooftop of my hotel, looking down at the aarti ceremony where little lights are put on the river and float for a while before sinking – very beautiful.

The next morning I had decided to get up early and walk all the way to the big burning ghat. That first evening I hadn’t planned to go to one because I needed some time to prepare for it but now I thought myself ready – or as ready as ever. So at 6.45 am I walked down all the steps and started walking north. Even this early, there’s a lot of people and it was really cool to walk through this already buzzing community. It took maybe 20 minutes and then I was at the beginning of the burning ghat. First of all I was actually relieved that no fires was burning because the area itself is pretty intense. It’s big and I think there’s room for maybe 15 or 20 fires at the same time. There’s several old temple’ish structures and they’re all almost black with sooth and there’s huge piles of different kinds of wood lining all buildings, big weights standing here and there so they can measure just the right amount of wood needed for a specific body. Some people are selecting wood from the piles and dragging it to the fire pits, other people is shoveling ashes into the river and it’s just another working day. The whole place feels heavy and dark and I guess that’s either natural regarding what’s going on there – or maybe it’s just because my western way of dealing with life and dead is confronted and provoked by this very different way of handling death and the dead. I walked through the place and stopped once in a while to allow the impressions to settle and it was not at all a horrible experience. One of the street vendors offered me chai but I wasn’t that relaxed with the whole thing that I would have been able to eat or drink anything while being there – Burning bodies, not good for appetite. I’m glad that I went there and I’m not at all disappointed not witnessing any actual burnings. I know some people go there and then they hang out to catch the whole show – although I guess I understand the motivation to do that, for me it was enough to see the place and I also guess that a part of me finds it a bit morbid to want to watch the burning of people, even if they are already dead.

Walking back I regained my appetite – by now the city was fully awake and I walked by a photo shoot which was so crowded with both the crew of the shoot as well as people stretching to catch a glimpse of the star. The star was a cow. A very nice cow indeed, wearing something that looked like a big rug and looking a little bored with the whole thing. Being a superstar cow, I guess can get old.

Back at the hotel I had a hot shower – or as hot as the standard Indian shower gets, which I’m sad to say isn’t that hot at all – and then breakfast on the rooftop. The rest of the day I just took it easy; did some laundry in a bucket, walked around and explored a bit, rested and read and then in the afternoon I was going to that same cafe again to have even more food. The plan was to bring my computer and get the blog updated as well as catch up on the emails – but again I was joined and keeping focused is for me really hard when someone keeps asking questions and chatting and I’m apparently not able to just be honest and tell them to be quiet. After a couple of hours I gave up and once again excused myself.

Up until now, Varanasi has been the warmest place on my trip and it’s been wonderful with the sun. I can’t imagine being here in the summer though when the temperatures reach around 40 degrees celsius. The dust and pollution make the warm weather seem almost suffocating and being by a river is not the same as being by the ocean – I would favor the ocean any day.

The next day was my last in the city and I had plans with Michael to do a boat ride up the river at sunrise. We met at 6.30 and found a boat within 5 minutes. All along the river, the boat owners compete to convince you that your life is not in any way complete before you have been boated up and down the muddy wat

er. We agreed on a price and set out in the still dark morning, bringing with us a small candle to offer the river and salute the rising sun. We were not alone, I think every tourist in town was in a boat that morning, some sitting alone wrapped in a blanket and some in big groups with live music. The latter ones seemed awful. The poor Indian guy who was rowing our boat was very nice but his effort seemed very relaxed and within just 15 minutes all the other boats had left us far behind. He also seemed to be zig zagging quite a bit though so maybe if he had kept the direction straight, we would have been ahead of the rest.

We got to the burning ghat and this time a group of people were standing in the middle of the pits and between them a body wrapped in a thin sheet was lying on the ground while the wood was being stacked.

Soon after I tell the guy “chalo!” which means something like “let’s go!” and gesture in the direction of our starting point and now with a big grin he put some muscle in it and we almost make waves. Almost.

I wanted to take care of some practical stuff, like going to the post office and also find a new book before I had to go to the train station so we plan to meet for lunch. I felt ready to leave and took one last walk through the maze and soaked up the last bit of my Varanasi adventure. I pass the place of the photo shoot and they are all done working and the cow is standing alone, relaxing finally. I find a bookstore and take a while to decide on a book. As always when it comes to books I felt like getting at least a couple but having to carry everything myself I managed to settle on just one, The Tibetan Book of Living and Dying. The girl in the shop was the daughter of the owner and no more than maybe 14 years old. She was so sweet and we talked a little about life and dreams and Varanasi and she liked my sunglasses and her mom was standing next to her and was looking very proud :)

At the café I meet Michael and very unexpectedly he had bought me a present. I open it and it’s The Tibetan Book of Living and Dying! How weird is that?! We were both amazed and laughing and I gave him the book that I had bought for myself so now we each have one. I guess I’m really really supposed to read that book and I can’t wait to find out why.

The next couple of hours almost feels like routine now; backpack, rickshaw, train station and buy snacks and the heading towards Agra and Taj Mahal <3

This entry was posted in India and tagged Adventure, Exploration, India, Travel. 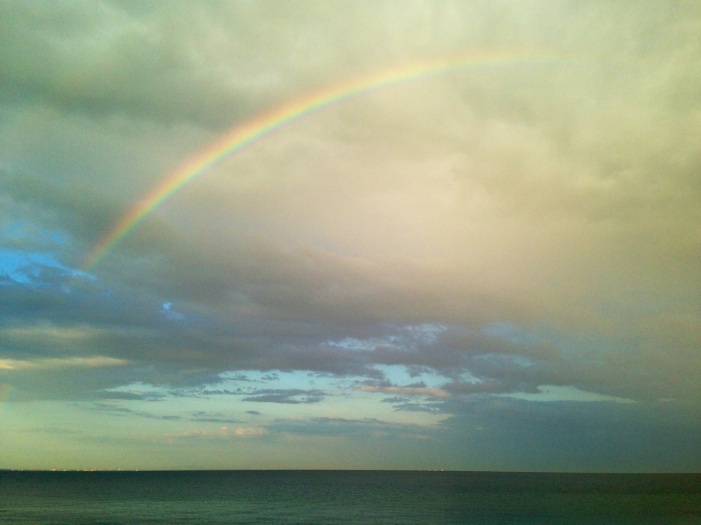